On 24 November 2021, Germany’s Social Democrats, Greens and Free Democrats concluded on a coalition agreement that sets the course for the next legislative period. A central component is formed by energy industry specifications, measures and guidelines to enable a transition of the German energy sector and to accelerate the energy transition. We summarise the key points in our blog post.

There is a part on Climate, Energy, Transition of Section (III) Climate Protection in a Social-ecological Market Economy that contains the following aspects relevant to the energy sector:

An emergency programme on climate change with all the necessary laws and projects will be launched by the end of 2022. All sectors, including power generation, must make their contribution to achieving the climate targets. Compliance with the climate targets is verified with the help of a cross-sectoral and multi-year monitoring of the targets, similar to the Paris Agreement. These will be reviewed on an annual basis.

There are plans to make a significant increase in the contribution of renewable energies to gross electricity consumption (from 65 to 80 per cent) in 2030, based on the adjustments to the electricity demand forecast for the year 2030, which is also necessary in order to be able to meet the increasing absolute electricity demand. Furthermore, the decentralised expansion of renewable energies and photovoltaics (from around 200 GW) will be strengthened by 2030. The potentials of wind, bioenergy and geothermal energy are also to be more strongly exploited.

An ambitious coal phase-out is planned by 2030. However, this requires massive new expansion efforts in the construction of modern gas-fired power plants. Security of supply and the rapid expansion of renewable energies will be regularly monitored. To this end, the monitoring of the security of supply with electricity and heat will be further developed into a real ‘stress test’.

The ‘traffic light’ coalition aims to accelerate the construction of modern gas-fired power plants (H2-ready) in order to ensure the early coal phase-out. These are intended to close the existing energy gap until a sufficient level of supply security is covered by renewable energies. The expansion of the hydrogen infrastructure is being pursued as a central new substitute for natural gas. To create a green hydrogen demand, public institutions should be obliged to cover a defined quota of their own energy demand with green hydrogen, for example. Production is to be driven by domestic production, especially via off-shore wind farms, but also through international strategic partnerships.

The German Federal Network Agency and network operators are to prepare a climate neutrality plan with regard to grid development. The results of this plan will be incorporated into the Federal Requirement Plan. At the same time, a roadmap entitled ‘System stability until mid-2023’ is planned to ensure security of supply in the long term as part of the energy sector’s transition. By taking into account smart energy grids operating across sectors, the coalition agreement indicates that it has acknowledged the conditions for accelerating the energy transition. In addition, a separate pillar in the energy sector is planned for the ‘storage’ sector, which still has to be legally defined.

There are plans for the development of a new electricity market design in order to prepare the energy system for a high share of renewable energies. This can be achieved through secured renewable power, highly efficient gas-fired power plants, storage, energy efficiency measures and load management. Other factors are the CO2 price and the abolition of the levy under the Renewable Energy Sources Act.

The plan is to strengthen multilateral cooperation by 2030. In addition, an international ‘climate club’ is to be founded, but its contents and goals still need to be further defined. In addition, there are efforts to create a global emissions system.

The new coalition agreement calls for an end to the financing of the levy under the Renewable Energy Sources Act via the electricity price at 1 January 2023 in order to ensure socially just energy prices while remaining competitive for the economy. For this reason, funding is provided through the Energy and Climate Fund, which consists of revenues from the emissions trading system. In addition, the EU Emissions Trading System and the Fuel Emissions Trading Act will be revised by the new government in line with the EU ‘Fit for 55’ package. In particular, the focus is on a rising CO2 price, which is seen as an important tool to improve social justice and support people with lower incomes. According to the motto: ‘Whatever is good for the climate gets cheaper; whatever is bad, more expensive.’

Transformation of the economy:

New business models and technologies are intended to create climate-neutral prosperity and good jobs. This can be implemented through a large expansion of renewable energies, competitive energy prices, security of supply with electricity and heat as well as fast and unbureaucratic approval procedures. Germany’s new coalition government wants to establish an Alliance for Transformation and discuss stable and reliable framework conditions for transformation in the first half of 2022 in dialogue with business, trade unions and associations. To this end, a transformation fund is being set up at KfW (Kreditanstalt für Wiederaufbau), Carbon Contracts for Difference (CCfD) are being used, lighthouse projects are being promoted and incentives are being created for lead markets and for climate-neutral products, among other things. In addition, the aim is also to accompany and support small and medium-sized enterprises in their climate technology transformation.

In summary, the coalition agreement provides a solid basis for addressing the climate targets. The implementation and shaping of the energy transition towards a sustainable and climate-neutral economy is an essential cornerstone of the coalition agreement. However, in the end, as is so often the case, it will depend greatly on how the specific operational arrangements are made by the German government. We will keep an eye on the legislator’s design and provide information on the individual energy industry measures and aspects in the further course of 2022.

Learn more about exciting blog topics from the utilities sector or take a look at all adesso blog posts. 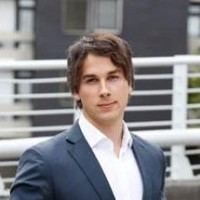 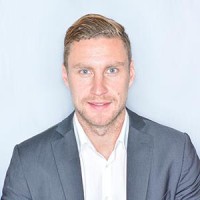 Stephen Lorenzen is a senior consultant and has been working in the energy industry for almost 3 years. He sees himself as a pragmatic and interdisciplinary all-round consultant with several years of professional experience in innovation management, requirements engineering and classic as well as agile project management.