Using low-code to bring shadow IT to light

The features of low-code

Probably the most well-known applications of low-code are what are called low-code development platforms (LCDPs), such as OutSystems, Mendix, AgilePoint, Microsoft PowerApps, Salesforce or ServiceNow. These platforms offer a toolbox with which developers as well as ‘citizen developers’ (users with little programming knowledge) can easily create their own applications.

The essential tools of low-code can be broadly summarised in the following categories:

The term ‘citizen developer’ describes employees outside the IT departments who are given the ability to develop software independently with the help of low-code platforms. Little to no software development experience is required when developing software using low-code.

IT departments are extremely overloaded

While more developers are needed, recruiting the appropriate amount of personnel is a very slow and expensive process. The demand for IT solutions is huge and often cannot be met. Dealing with requests requires multiplying capacities that do not exist anyway. Due to the lack of resources (developers, money, time) and the overload placed on IT departments, specialist departments often take initiative themselves and develop their own proprietary applications, usually with the aid of existing tools such as Microsoft Excel or Microsoft Access. They create decentralised applications, which, in companies, are unwelcome and frowned upon.

Among the things that characterise a citizen developer is the fact that they are not specialised personnel. Their main advantages can ultimately be seen in the implementation of technical requirements. With this additional manpower, digitalisation can be driven forward at a noticeably faster pace.

While using citizen developers is encouraged, doing so can also pose challenges and risks for companies. By using them, companies run the risk of what is known as ‘shadow IT’ getting out of hand. Applications are no longer developed under the supervision of a centralised management team, but rather they are developed individually and independently in the specialists departments, which makes it outright impossible to manage them centrally.

Bringing shadow IT to light

There is only one way to completely prevent such decentralised applications from being created outside of a centralised IT department: have all the employees work without computers. In all other cases, auxiliary solutions are always developed, be it in Excel, Access or other tools. It is simply human nature to automate repetitive tasks in some way or another. With low-code, this battle between IT and business departments can finally be brought to an end in order to create added value together and become less annoyed with one another. But how is that supposed to work? In order to do this, both parties must first do what is seemingly impossible:

Which rules lead to success then? The trick here is to find the perfect balance between freedoms and restrictions in order to exploit the employees’ spirit of progress as much as possible and create a safe environment for them to produce such innovations. To do this, a citizen developer framework must be introduced. A centre of excellence (CoE) for low-code should be established in the company episodically and assume the following tasks:

Monitoring the flow of applications from citizen developers to a CoE all the way to the central IT department is the task of a solution architect or the CTO. LCDPs make every application visible at the same time. This transparency is the key to success for finally getting shadow IT under control. The spectrum of use cases for low-code is enormous, which is why introducing the citizen developer framework must be done gradually and in a targeted manner.

Exploiting the potential of low-code

Low-code is an approach, not a technology in itself. The rapid provision of low-code tools makes it possible to test ideas within a few hours or days. The approach has already revolutionised some areas to the point that they are no longer consciously described as low-code. Creating dashboards and analysing data used to be done in languages such as Python, R or Mathematica. With the launch of Power BI as a low-code tool, it was suddenly possible for non-developers to create such analyses on their own. It is now common knowledge that Power BI consists of ready-made building blocks and connectors. Artificial intelligence (AI) and machine learning (ML) are in high demand, and these technologies can also be used by non-developers to create their own solutions using various low-code tools, such as KNIME. A diversified and heterogeneous system landscape in companies leads to a confusing mess of interfaces with different technologies. This is where low-code solutions, such as Mulesoft, can help to finally create transparency and order.

Low-code robotic process automation tools, such as UiPath, make it possible to automate even old legacy systems and connect new applications to them, even if they have no interfaces. This creates an enormous amount of added value, especially for banks, but in other industries as well. Standard applications and processes, such as approving invoices, requesting orders or onboarding processes, exist in every company but are used in different ways. What do the approval processes look like? Do they run in sequence or in parallel? Which authorisations are intended for which users? These issues are not only technically complex, but they can also constantly change. Using low-code makes it possible to address these issues more quickly and easily and deliver added value at an unprecedented speed.

You will find more exciting topics from the adesso world in our latest blog posts. 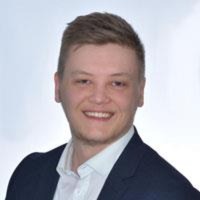 Daniel Sorna is an IT consultant and has been working at adesso in the Line of Business Insurance since 2017. As a product owner, he is responsible for the development of a test automation tool that uses a low-code approach to introduce test automation to citizen developers. 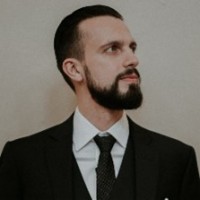 Alexey Shmelkin is a Management Consultant and has been working at adesso in the Line of Business Cross Industries since 2022. He runs a YouTube channel under the name "Low Code Expert". He supports various customers in the selection of low-code platforms, the implementation of a Citizen Developer Framework and the delivery of low-code projects. 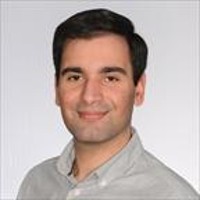 Ibrahim Kizilarslan is IT Consultant at adesso.